The Hidden Abbey Project are holding a public meeting to update the people of Reading on the
progress of the project and to launch the Hidden Abbey Stones Project – an initiative that will
enable Reading residents to involve themselves in finding out more about what happened to
Reading Abbey after its dissolution in 1538.

The Hidden Abbey Project was initiated in the Spring of 2014 by Philippa Langley (the person
behind the discovery of the body of Richard 111 in Leicester). Since then it has gained the support
of the three landowners below which much of the remains of Reading Abbey lie – Reading Borough
Council, the Diocese of Portsmouth and the Ministry of Justice. To date the exploratory work has
been by way of ground penetrating radar and this work has detected significant anomalies in the
area surveyed. In addition much work has been undertaken in researching the history of previous
archaeological work done and investigating what happened to the fabric and contents of the abbey
after its dissolution.

The meeting will take place at St James Church Roman Catholic Church, The Forbury, on Friday
20th October at 7.30pm. Entry to the meeting is free but ticketed. Tickets can be obtained by
entering Hidden Abbey Stones Project Launch on Eventbrite or by using this link –
https://www.eventbrite.co.uk/e/hidden-abbey-stones-project-launch-tickets-38682606718.

The Truth Behind The Hidden Abbey

The Search for Henry I's remains...

My wife Lindsay and I are members and historians of St James' Catholic Parish so we talked to Canon John O'Shea, or Father John as he is known in the Parish. He was enthusiastic to help us learn more about this ancient Abbey so we invited Philippa to come and see the area for herself. Fresh from her work with Richard III at Leicester, Philippa was bringing her media contacts and expertise. We decided that this would be an exciting though challenging project - a project to place Henry in the context of this Abbey - a story which had all but been forgotten.

At about the same time, by chance, I met Cllr. Sarah Hacker and told her about our meeting and ideas. Sarah was about to become the next Mayor of Reading and, as someone keen on the culture, arts and the history of the town, she saw the importance of the project and said she would be happy to learn more about it.

It has to be said that initially there was a great deal of doubt about aims of the Project. But Historic England thought it a worthwhile exercise and they would support a Ground Penetrating Radar (GPR) survey of the area.  Sarah and Tony Page, in whose ward the Abbey Ruins lie and as Deputy Leader of the Council, came to our first meeting and said the Council would likewise be happy to lend their support.

It was therefore gratifying to see the Friends of Reading Abbey joining the group and settling on the desirability of a GPR survey. Sarah as Mayor offered the use of the Council's facilities for future meetings.

And so from just a small group of four the Hidden Abbey Project was created encompassing the Council, St James and eventually the Ministry of Justice as well as partners from outside the town represented by Philippa.

Personally therefore it was an exciting moment when on Friday 10th June, Lindsay and I went to see the first day of the GPR survey actually taking place. What we shall discover we do not know - maybe much, maybe little. As I write this all I can do is wait in hope that all our work will tell us more about the story of our town, about one of England's greatest buildings and about the King who was buried in Reading. 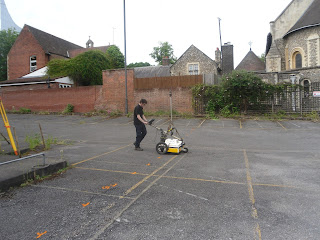 The Hidden Abbey - A New Chapter

The Hidden Abbey Project is a magnificent example of co-operation between Reading Borough Council and the other main landowners of the ancient Abbey site. These include St James’ Church, presbytery and school, owned by the Catholic Diocese of Portsmouth, the Ministry of Justice, in whose grounds Reading Gaol, made famous by Oscar Wilde, were built in the 1840s and Reading Borough Council owner of the Forbury and most of the remainder of the ancient ruins.

The aim is to undertake a Ground Penetrating Radar (GPR) survey of the area with the initial intention of discovering the exact nature and extent of the Abbey. Should this reveal items of interest which warrant archaeological excavation then we would move onto the next stage and dig some keyhole trenches.

Henry I was a reformer, moderniser and visionary. He made Reading his own special place and, had it not been for our royal founder, the town would not be the one we know today.

This is an exciting opportunity to discover more about this king, his personality and his importance not just to the Reading of the past but to writing a new chapter in the long history of our town. 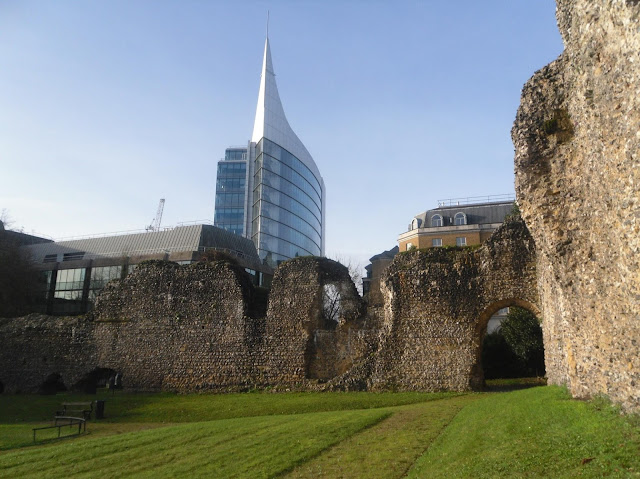