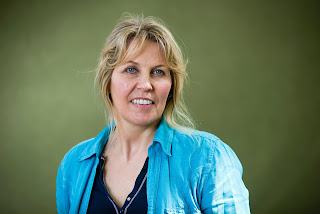 In the autumn of 2013 as I travelled the country to tell the story of the discovery of the grave of King Richard III in a council car park in Leicester, the interest in my 7.5 year research project was overwhelming. The Looking For Richard Project had captured the public’s imagination and succeeded in bringing a niche historical figure and period of history to the attention of a global audience. The project had also succeeded in removing many of the myths surrounding this medieval king, not least the well-established story of his remains being thrown into the River Soar.

As my lecture tour took me through the Thames valley, many people from Reading approached me to see if I could help. Their town had a story to tell and an unfinished history. Residents of this often overlooked commercial hub wanted to tell its historical story.

I had first visited Reading in 2005 when a friend had moved to nearby Oxfordshire and suggested a trip to the retail hub. With my expectations for a pretty ordinary shopping trip, my girlfriend, however, knew exactly what she was doing. Knowing my passion for history, heritage and story, we got off the train in Reading, walked into the town, and turned a corner. I saw the Abbey Quarter and its gardens for the very first time. They took my breath away. As we walked its ancient ruins, touched its standing stones and delved into its past, visiting the gardens and the beautiful (Pugin) St James’ Church, we spent the entire day exploring its story. With all my preconceptions about Reading – the commercial hub - now firmly set aside I left with an overwhelming sense that it was an historic town that held a hidden gem in its abbey, and the story of a forgotten king in the abbey’s founder, Henry I.

Sadly, a few years later, the ruins of Reading Abbey were closed as the state of deterioration had made them too unsafe for visitors. That, it seemed, was that but as Reading Borough Council now fought to secure a grant from the Heritage Lottery Fund to restore and re-open the ruins, and with this persuasive request from the residents of Reading, I now needed to know; was its story really worth the telling?

Unlike Leicester where King Richard had been buried in a small friary church of little note, here Henry I had been laid to rest with all pomp and ceremony in the magnificent abbey he had founded as a royal mausoleum and palace. Consecrated in 1164 by Thomas Beckett, the abbey quickly established itself as a leading place of Pilgrimage and a religious powerhouse, making Reading one of medieval England’s most important towns. Reputedly of a basilica style construction almost the size of (medieval) St Paul’s, the abbey would become one of the richest in England. Research now suggested that beneath the ground lay the remnants of this Cluniac Norman Abbey and royal palace which, unlike other great abbeys and cathedrals, had not been significantly added to, with the only known addition being that of a Lady Chapel in 1314. Could a research project bring this important, and potentially unique, Romanesque structure back to life, and what stories could it then tell us about its construction, architecture and royal founder, King Henry I of England (c. 1068-1135) who was buried in its midst?

And what of Henry himself, did he also have a story to tell? Henry I is our forgotten king, his thirty-five-year reign falling between that of his famous father, William the Bastard (Conqueror), and the period of unrivalled bloodletting known as The Anarchy in the time of his daughter, Matilda. Henry’s story, however, is yet to be told. A controversial monarch, his narrative has many similarities to that of Richard III, being a youngest son who rose to become king and who lost his queen, and son and heir in tragic circumstances, throwing the country into a succession crisis. However, despite having bastard sons a plenty, in an unprecedented move, Henry named his daughter Matilda his heir in apparent recognition of her status and equality. Known variously as Henry Beauclerc and the Lion of Justice, in these vicious times Henry could be a harsh ruler but he also formalised our legal system, introduced the modern Royal Exchequer and supported the first-ever royal meritocracy in the rise of talented low-born individuals through his appointments of courtly administrators. At the age of sixty seven he died in France after reportedly eating a surfeit of lampreys and was the first monarch to be embalmed so that his body could be transported back to Reading for burial, sewn into a bull’s hide. Burial in his abbey at Reading had been the king’s wish. He was also the only King of England known to have killed someone when dead. Intrigued by his story? Yes, I was too.

It seemed to me that the people were right; Reading did indeed have a fascinating and unique story to tell. Leaving my autumn 2013 lecture tour, I headed back to Reading to see for myself the closed ruins of the once great abbey. 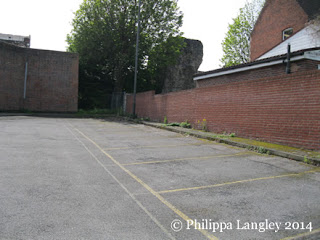 
By the spring of 2014 any potential research project to bring Reading’s abbey and historical story to life seemed insurmountable. Three key landowners would have to be convinced and agree access, and as a Scheduled Ancient Monument (SAM) site, Historic England (formerly English Heritage) would also have to recognise the project’s potential to secure the necessary permissions and any form of green light. Specialist advice locally suggested that there was not much point in going any further as these permissions were not likely to be forthcoming and there was nothing new to be discovered, no new stories to tell. However, it was now clear to me that Reading had an important story to tell and that the potential to learn more about this little-known royal abbey was a significant opportunity. Even if nothing new was found, that nothing would still move our knowledge forward and help confirm, at the very least, the most recent thinking. It wasn’t time to give up yet. The research looked good and we had a real possibility of bringing the abbey to life through the first modern comprehensive study and non-invasive analysis using Ground Penetrating Radar (GPR) techniques.

From such inauspicious beginnings, everything would soon change. One of the residents, who had originally approached me in the autumn of 2013, now gave me the contact details of a much respected local historian who had been researching the abbey for many years. Meeting John Mullaney and his researcher wife, Lindsay, they agreed that Reading had a unique story to tell and they too wanted to help make a research project happen. Taking me to Father John O’Shea at St James’ Church, and the representative of a key landowner in the Diocese of Portsmouth, I learnt about his interest in its history and wish to know as much as possible about the abbey, on whose land his beautiful church now stood. This key landowner was now on board. 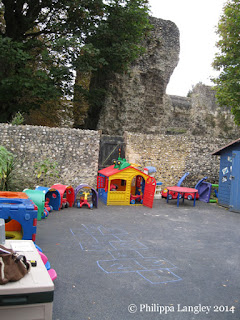 By the late spring of 2014, I had officially named the project to clarify its aim, and the first of many tentative meetings for the Hidden Abbey Project (HAP) began. In a few short weeks, HAP found new champions in Councillor Tony Page, Deputy Leader of Reading Borough Council and councillor for the Abbey Ward, and Councillor Sarah Hacker, soon to be Reading’s new mayor who would take the project forward under her leadership and guidance. Reading Borough Council, another key landowner was on board as I now made contact with the Ministry of Justice (MoJ), owners of Reading Gaol and the last significant landowner, to introduce the project and open negotiations.

By the start of 2015, I had also met with Simon Thurley, the CEO of English Heritage (now Historic England) who recognised the project’s potential to help raise awareness and regenerate an important SAM site. Simon put us in touch with Dr Andrew Brown, Planning Director South East for Historic England in Guildford, the local office with jurisdiction for Reading and its abbey. Andy could also see the potential but was very clear that any research project would be a step-by-step process under their auspices and guidance.

With the Hidden Abbey Project pitched to the award-winning Darlow Smithson Productions, funding for the first phase GPR was secured with the aim of making a documentary film about Reading’s royal abbey for Channel 4.


By the late autumn of 2015 as the Chancellor George Osborne announced the sale of Reading Gaol, the last key landowner, the MoJ, came on board and the project finally reached critical mass. Two years after the people of Reading had approached me, and with the team in Reading now bringing in the local expertise to guide the research project forward, they would now make this story their own.

In November 2015, Reading Borough Council secured £1.77 million from the Heritage Lottery Fund to restore and reopen the ruins of Reading Abbey through their Reading Abbey Revealed Initiative.


The Hidden Abbey Project gets underway in 2016, Reading’s Year of Culture, with Phase One, a Ground Penetrating Radar (GPR) survey of the abbey church building. 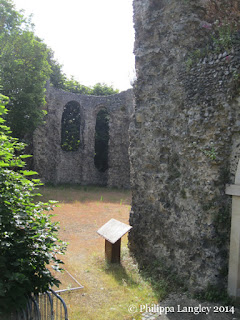 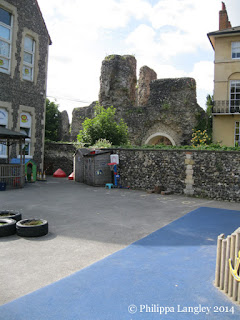 Philippa Langley is a writer / producer who led the 2012 search for Richard III through her original Looking For Richard Project. Having conceived and commissioned the search for King Richard, she has since co-authored two books: The King’s Grave: The Search for Richard III (2013), and Finding Richard III: The Official Account (2014) which details the research behind her search project that got Philippa to the northern end of the Social Services car park in Leicester. In 2015, she was awarded an MBE by HM The Queen.
For more information, please visit: www.philippalangley.co.uk
‘With thanks to Philippa Langley MBE who originated and facilitated the Hidden Abbey Project for the historic town and people of Reading’.